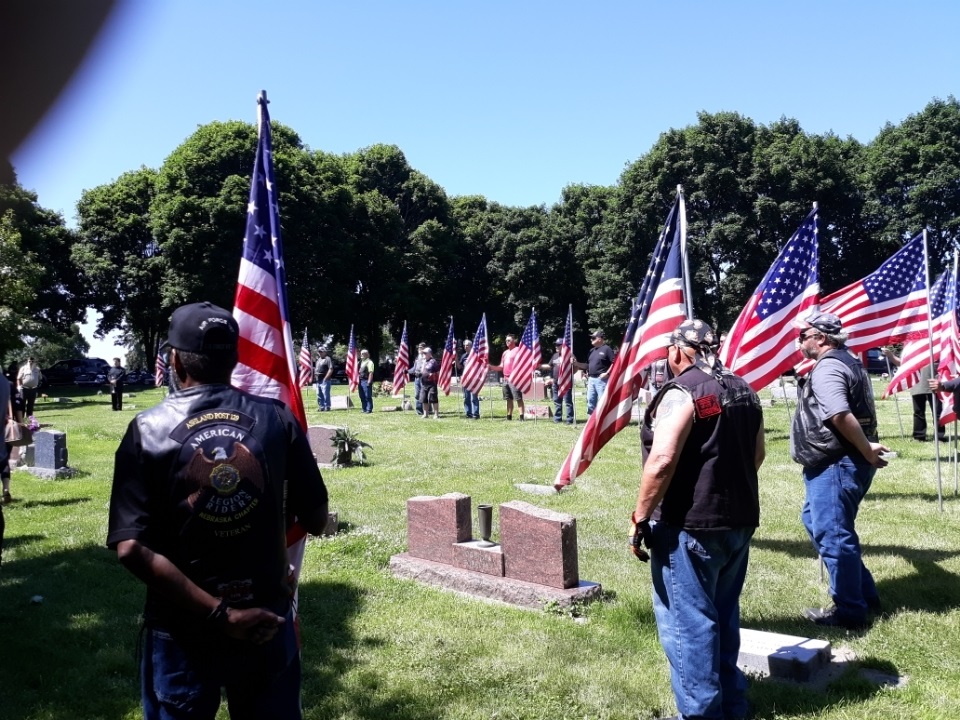 Special Privilege to Honor a Veteran

On Monday, June 17th, I received a call from Tom Roper with Roper & Sons Funeral Home in Lincoln.  Tom said that a 91 year old veteran named Dale Quick had passed away with no known relatives.  He asked if I would help by contacting the Patriot Guard of Nebraska to see if they could have a presence at Dale’s funeral the following Monday, June 24th.  I contacted the head of the Patriot Guard, who got the word out through Facebook and email.  We also emailed our clients.  Roper & Sons ran an obituary in the Lincoln Journal Star urging citizens to come and honor Dale, who served in the Army for 7 years following WWII.

Apparently the word got out.  Over 300 people attended Mr. Quick’s funeral service, including Governor Ricketts and U.S. Senator  Ben Sasse.  Around 50 bikers from the Patriot Guard and the American Legion Riders came to hold a flag line and escort the procession from the Roper Funeral Home to the Fairview cemetery across town.  Most had never met Dale Quick, they were just patriotic Americans that wanted to honor and respect a man that had served our country.  It was truly an inspiring sight.  We live in an awesome country with some very special people.

The news media including the Omaha World Herald, the Lincoln Journal Star and multiple television crews reported on this special event.  The event even reached national news stations and was mentioned on CNN.  Below are links to their stories: