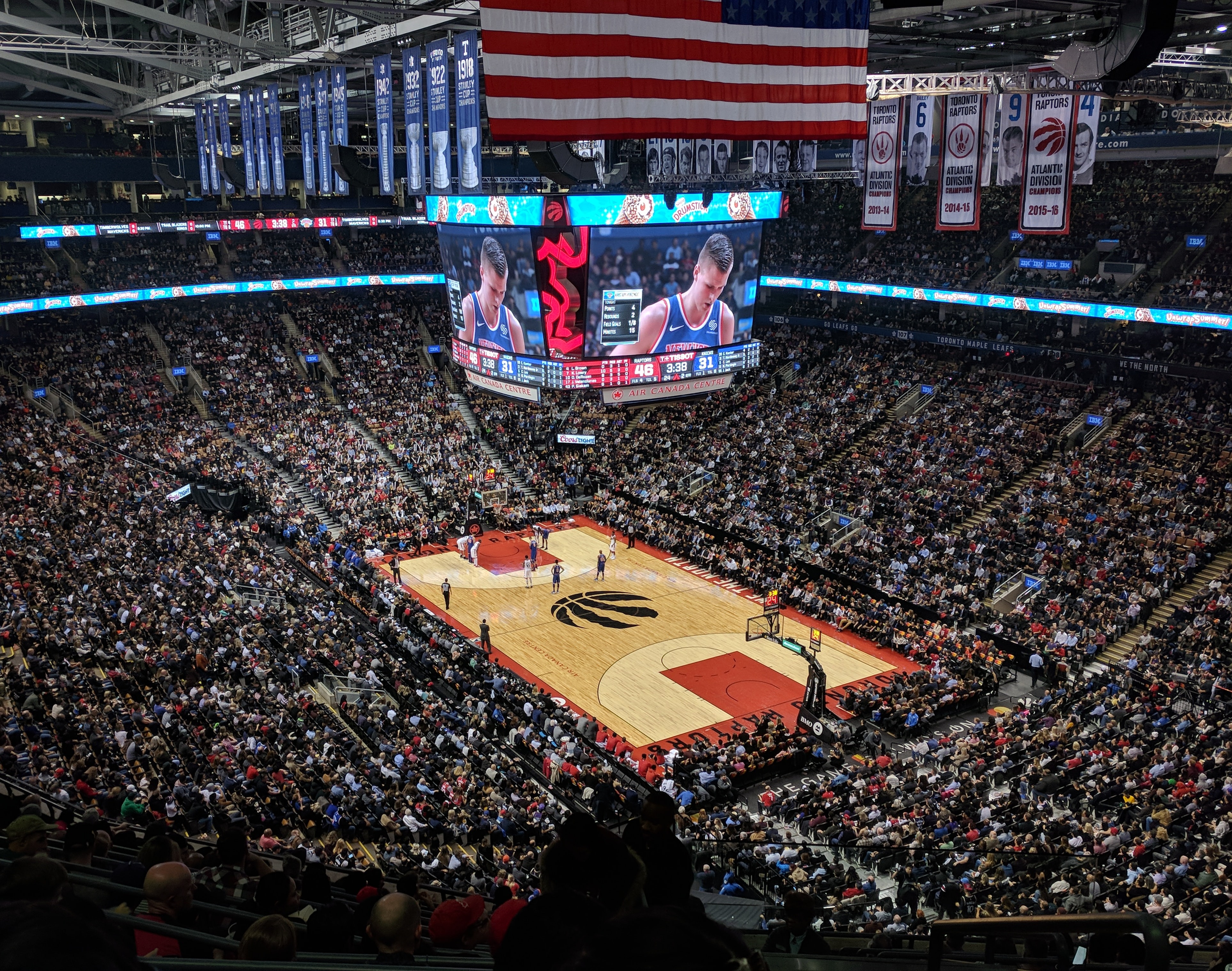 Tune Out the Noise

Imagine you’re an elite athlete. Maybe it’s March Madness, it’s the championship game, and you’re about to shoot what could be the game-winning free throw. The crowd is screaming in your ears. Opposing fans are taunting you with homemade signs and foam fingers. The opposing team is trash-talking. And, when you look at the faces of your teammates, you can see they are silently imploring you to succeed.

In short, there is a lot of noise and distraction, at the precise moment when what you really need is a little quiet. Nevertheless, that’s the nature of the game. The question is, what are you going to do about it?  Let it affect you…or tune it out?

Few people will ever know quite what it’s like to perform athletic feats under these conditions. But investors like you and me do know something about pressure. About distraction. About noise. About how important it is to not let that noise deter us from executing our game plan.

Every few years, investors are confronted with our own “March Madness.” A time when there’s a lot of noise to contend with. We are going through just such a period right now. The markets have been volatile, the headlines have been scary, and it’s extremely easy for investors to panic and abandon their game plan. That’s especially true for folks who are nearing retirement.

Very briefly, I want to discuss some of the noise we’ve been hearing this spring, and will probably continue to deal with in the coming months.  That way, you can be mentally prepared for it – and like an elite athlete, tune it out entirely. Because whether you’re shooting a free throw or saving money for your retirement, that’s the best way to keep your nerve, trust yourself…and win.

So, without further ado, let’s start with:

Soon after Russia invaded Ukraine, oil prices – which had already been rising for months – shot up to near-historic levels. There are many reasons for this, but the primary one is based on concern that western sanctions will block Russian oil from reaching global markets. Because traders and speculators expect oil to be less available – and thus more expensive – in the future, they are willing to pay more now for the right to buy it later.

After rising as high as $127 a barrel, prices dropped back below $100 towards the middle of March.1 A few days later, though, prices rose sharply again. It’s safe to assume this volatility will continue.

But a lot depends on two factors. First, whether European nations place an embargo on Russian oil. Second, whether other countries – especially in the Middle East – are willing to boost their  production to increase supply. The headlines on both issues seem to change daily. So, rather than try to guess – or stress – over which way the needle will land, let’s remember this instead: it’s that very uncertainty that causes markets to spasm and shudder.  The best antidotes to uncertainty, in my experience, are time and patience. Time brings clarity and clarity brings calm. As investors, we have time on our side…which means we can afford to be patient!

The financial side doesn’t get as much press, but it’s certainly something Wall Street is keeping an eye on. You see, western sanctions have hit Russia hard. They’ve caused the value of the ruble – Russia’s currency – to plummet. The Russian stock market has been closed for almost a month. And they’ve also contributed to the possibility of Russia defaulting on its debt.

Here’s the situation in a nutshell. As of 2021, Russia owes around $490 billion in debt to foreign countries/companies/funds, etc.2 Of that number, $20 billion is hard currency sovereign debt. (Debt that Russia must pay back in the creditor’s own currency, like the dollar or Euro.) Of that number, $4.7 billion was due to be paid in both interest and principal this year. 2 The problem is that sanctions have frozen much of Russia’s foreign currency reserves. That means Russia can’t access the dollars and Euros it has in reserve to pay back these loans. Furthermore, trying to pay them back in rubles would trigger an automatic default.

For Russia, and Russia’s creditors, this is definitely an issue. But for the average investor, it isn’t something to lose sleep over. Most bonds – other than some specialty emerging market funds – have little exposure to Russian debt. And even if Russia does default, which it has currently not yet done, there are other issues that affect us in the States to a far greater degree. Issues like…

As we all know, COVID-19 brought many changes in 2020 and 2021. It prompted lockdowns, wreaked havoc on supply chains, and curtailed everything from watching a movie on the big screen to eating out at restaurants.  The Federal Government spent almost 10 TRILLION dollars on Covid-19 relief (to put it in perspective, World War 2 cost about $4.1 trillion in today’s dollars).  Of that $10 trillion, $4.2 trillion was spent on Federal Reserve actions to increase the money supply.

Slowly but surely, our economy has reopened. Unfortunately, while unemployment has dropped and consumer spending has risen, supply chains are still in recovery mode. That means the world’s demand for goods and services has largely outpaced the world’s supply. This, coupled with the massive amount of money pumped into the economy by the government, has led to a general rise in price on everything from eggs to electricity.

Economists have a name for this, of course. They call it inflation.

As you know, inflation has skyrocketed over the last year. Initially, the Federal Reserve, which is tasked with keeping prices stable, believed inflation to be temporary. In recent months, though, the Fed has been forced to concede that inflation isn’t going away on its own. You see, the current low interest rates prompt more spending and borrowing while discouraging saving. Perfect for juicing the economy during a pandemic! Higher interest rates, on the other hand, encourage saving. This helps the economy cool off, thereby restraining inflation.

On March 17, the Fed raised interest rates for the first time since 2018. But the increase was small – just one-quarter of a percentage point.3 That’s because the Fed doesn’t want to raise rates too high, too quickly and derail the economy. But this is merely the first in a series of planned increases, all culminating in a level near 2% by the end of the year. 3

The Fed has also signaled that if the current plan isn’t enough to bring inflation to heel, more aggressive steps may be necessary. Either way, be prepared for volatile days in the markets leading up to any rise in interest rates. Should this happen, though, remember that rising interest rates have been our expectation all along. Then, proceed with your day – and maybe look at refinancing your home sooner rather than later, if that was ever in your plans.

When an elite athlete prepares to shoot a game-winning free throw, they are usually able to tune out all the noise. That’s because they prepared for this moment. They practiced their technique. They trained their mind. They learned to master their emotions. So, when they step up to the line and prepare to shoot, all that matters is the ball, the basket…and their ultimate goal. Everything else is just noise. That’s what makes an elite athlete.

Over the coming months, you’re going to hear a lot of noise from talking heads in the media. You’ll see a lot of distractions when the daily headlines pop up on your phone. But, now you know what to prepare for. Now you know what to expect. Which means you can tune out all that noise. All these issues are important, but as an investor, it’s not necessary to stress or overreact to them. We have a game plan in place for all of this. One set in place long before any of it ever happened. Which means you need never wobble or waver. You can go about your day, confident in your preparations and direction.

That’s what makes an elite investor.

Please let us know if you have any questions or concerns. My team and I sift through the noise so you can tune it out, and we are always here for you. Now, go enjoy your Spring!